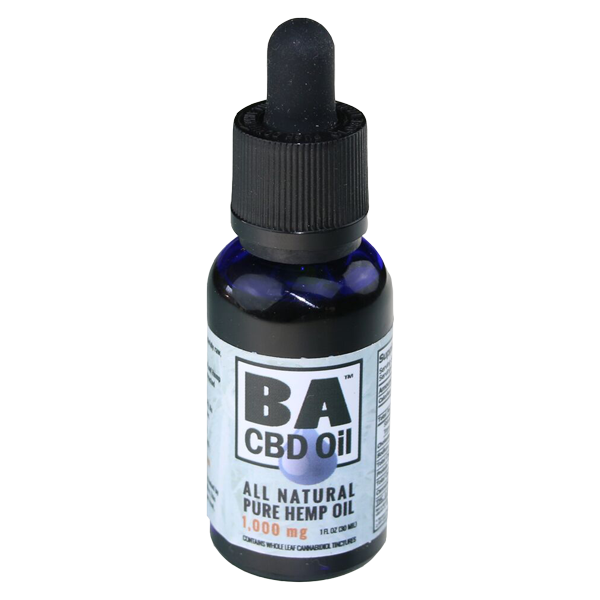 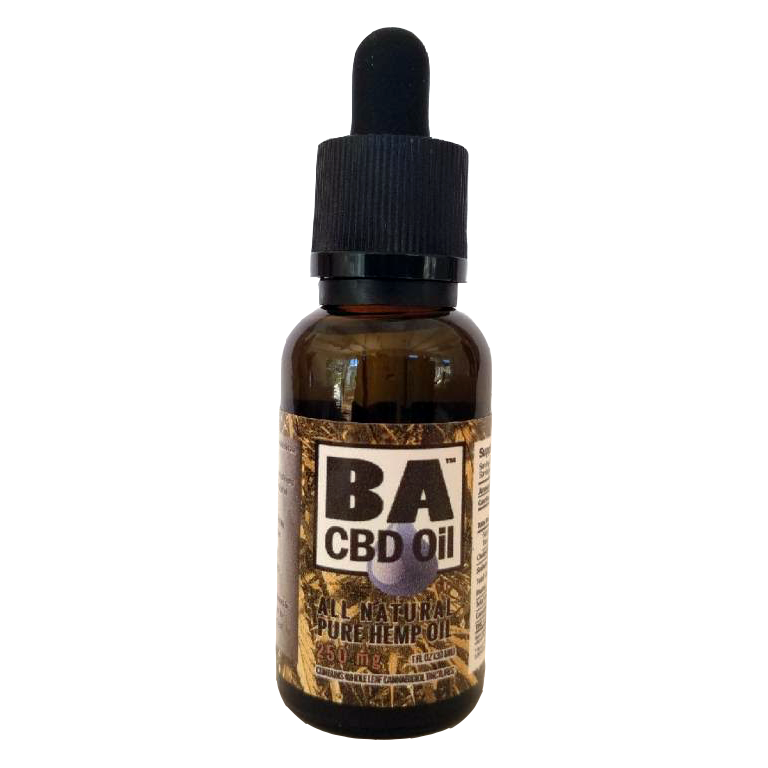 BA Cannabidiol oil (pure CBD oil) is specifically manufactured to deliver the highest level of bioavailability. Bioavailability is the amount of the active ingredient (cannabidiol) that the body is able to move into systemic circulation after absorption. More on that later, but being small has advantages. Our CBD oil is emulsified to a nanoparticle [l] size. These “mini-molecule collections” are more easily absorbed and utilized by the body. (See how “BA” came to stand for “Bad Ass”!)

There are a lot of options for CBD Oil. But “Purity via Process” is more than a tagline for us. 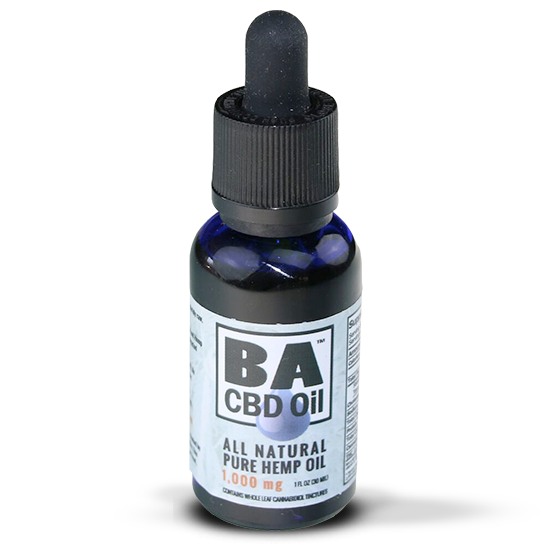 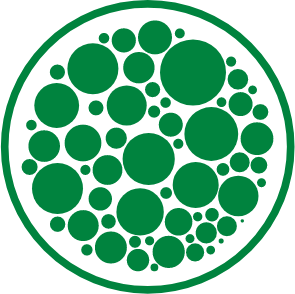 CBD oil has a long, deep, and broad history of delivering health benefits. Here is the short list of applications that mankind has used Cannabidiol Oils for:

Our primary mission is to manufacture the most effective CBD Oil products available. We pursue that mission by maintaining the highest level of quality: Purity via process. Nanoparticle sized cannabidiol is the output of those processes. Because our products are highly bioavailable, they are highly effective.

Our secondary mission is to educate. We do that by sharing the most accurate, clear and concise content available about the unique history of cannabidiol, its effects on the body, and how it is being used by mankind millenniums to improve health. We pursue that mission by continuing to research, learn, and share.

Register now to learn more about how mankind has used hemp over the ages, studies on efficacy, and how the CBD oil helps to manage your body’s systems. 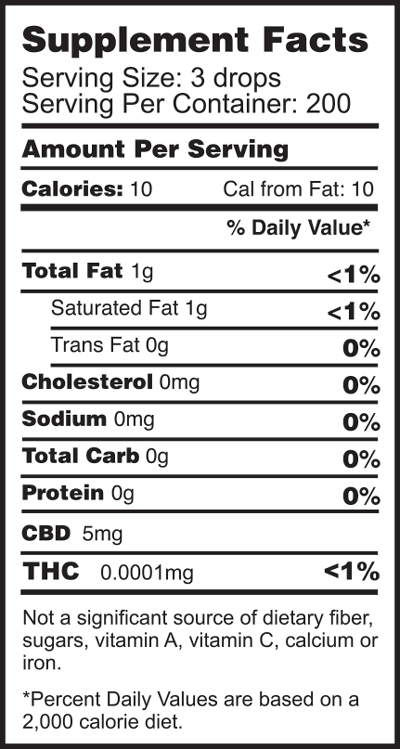 Absolutely nothing that shouldn’t be!

What is Cannabidiol or CBD Oil?

And why was it referenced in the Bible?

An even more interesting question: Why does the human body have an endocannabinoid system (ECS)?

CBD is one of over 80 different chemicals produced by endocannabinoid (ECS) system. The ECS actually produces cannabinoids called endocannabinoids. These chemicals help regulate functions like sleep, immune responses, and even pain. CBD Oil may even help with alertness and focus; it is a powerful antioxidant, has been shown to reduce inflammation, and many claim to have reduced anxiety, and enjoy better sleep, even calmer bowel functions when using CBD oil as a supplement. It is known to have anticonvulsant and antipsychotic properties and is also widely used to help control epileptic seizures.

Did you know that cannabidiol oil has a unique chemical code that is linked to a system in our bodies that controls other bodily systems? Deep, eh?

Did you know that in spite of using cannabis and cannabidiols for medicinal purposes since the 4th century BC, the Endocannabinoid System (ECS) was not discovered until the 1980’s?

Long story, as short as we can make it …

About 5,800 years after man starts using the utilitarian cannabis sativa plant for medicinal purposes in ancient China, science discovers that the ECS functions like this control system for all kinds of other systems in our bodies. Oh, and the molecular structure of the cannabinoids in this plant, that was also arguably the first agricultural crop, mirrors the ones in our body’s ECS. Major coincidence there, eh?

Because the ECS is a system that controls other systems, the impacts of cannabidiol oil can be profound. Learn more via this link:

HOW THE ECS WORKS

How do you use CBD oil?

There are three ways to use CBD Oil in its liquid form, which is called “tincture”.

Oral Absorption: The highest rate of absorption is achieved with just a few drops (3) under the tongue.

Oral Consumption: Some CBD Oil users prefer the convenience of being able to use a capsule and ingest it. This is one of the easiest and most discreet ways to use CBD oil, but there are some drawbacks:

CBD Oil used topically can be applied directly to affected areas. CBD oil is becoming widely used in cosmetic and skin formulations when it is combined with other essential vitamins, nutrients, and proteins designed to keep skin soft and healthy.

Inhalation: CBD Oil can also be used with vaporizers and inhaled.

Do the quantities used make a difference with different applications?

Absolutely. But, the best practice is to start with a low dose (3 drops via oral absorption) and stay with the low dose for a few days. Less is more. CBD oil is safe, but so are fresh cherries and eating too many of them can throw your system out of whack too!

Also, if you want to try more, take a smaller dose with a higher frequency.

Track your results. If you try different doses, keep a diary or make notes in a calendar of the effects.

Talk to a health professional or counselor.

Will CBD Oil usage show up on a drug test?

The answer is almost always no, but the words “almost” and “always” are clearly important. Most of these tests are biological tests done with antibodies designed to detect the psychoactive component of hemp (THC).

Our CBD Oil is processed to remove the THC that is tested for in typical pre-employment drug screenings. It is very effective. Each 3 mg dose contains only .0005 mg of THC. However, some CBD users take very high doses (over 1,000 mg). That being said, if you used a 1,000 mg bottle every day for 30 days you could in theory intake 15 mg of THC in a month, and blood levels would be far under that.

Bottom Line: If you use BA CBD Oil at the quantities recommended, you are highly unlikely to test positive for THC (but also be aware “false positives” happen). However, if you are trying to secure a spot on an Olympic team, get paid the bonus on your NFL contract, or get a job with the CIA, reach out to your health professional and ask lots of questions!

Is CBD Oil legal in all 50 states?

How much CBD Oil should I use?

The answer is: There is no single answer! This is because  multiple variables typically come into play:

It comes down to Process Controls

If you have ever been involved with process control or optimization at work or in school, you know that every variable in the process makes it more difficult to optimize or improve that system or process. If you want to garner the best health effects from CBD Oil, you need to control the variables in the process as you experiment to find “your optimal regimen”.

Have a specific question you want to be answered?

Give us a shout and ask away!

“My gastro doc kept saying that my stress was a cause of IBS. I figured, well he hasn’t fixed the IBS, let me work on my anxiety. CBD Oil has changed my “sanity index”, and I am having far fewer bouts with diarrhea and bloating. My boss is happy too, because I used to miss work with bowel issues at least once a month.”

“I have had two hip replacements. In spite of being 2 years post-op there was still pain following work outs and in the morning. CBD oil has lessened the pain significantly. In addition, my peers in the medical profession may chide me as being non-scientific for saying … I swear it has enhanced my overall sense of well-being.”

“I played too hard as a kid. Knee surgeries, torn ACL cartilage (2x), ankle reconstruction, and the change in biometrics affected my hip and back. Big osteoarthritis pain. CBD Oil has lessened my pain sensations by 60-80%. Life changing. I’m back on my mountain bike!”