Discussing The Benefits of CBD Oil For Autoimmune Diseases 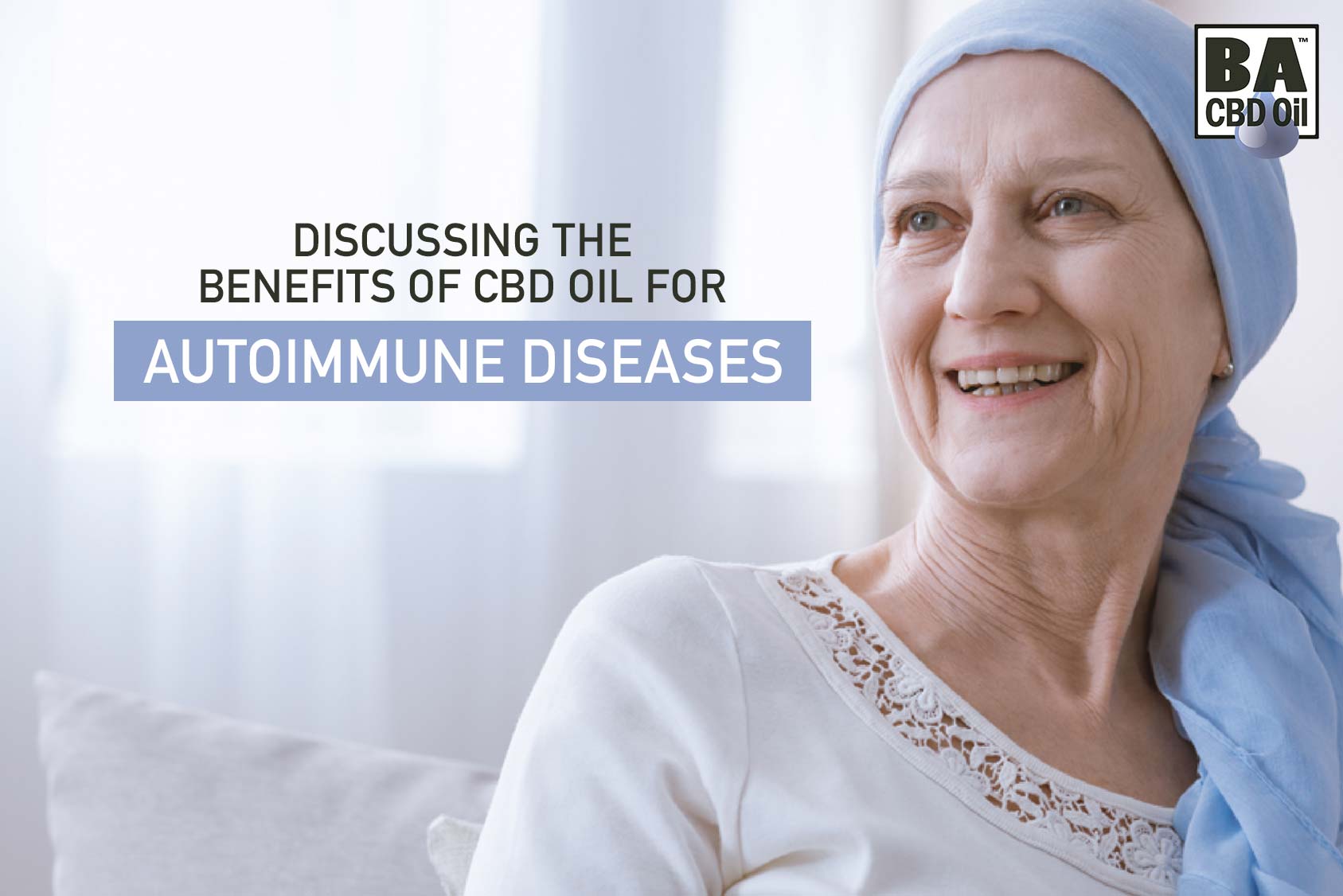 Many people who suffer from an autoimmune disease experience a lot of suffering as the disease can often decrease their quality of life. Feeling confused and trapped, many people who suffer from these diseases don’t know that their symptoms may be reduced by using CBD oil. There are a range of benefits of CBD oil for autoimmune diseases that can help relieve a variety of symptoms; and research has been expanding on the new and exciting discoveries!

What is an Autoimmune Disease?

The human body has a way of protecting itself from becoming ill through its own autoimmune system. This system normally guards against foreign objects like germs and bacteria that enter the body. When it senses these foreign objects, it sends out antibodies to attack and destroy them.

Our bodies autoimmune system works well most of the time, but things can go wrong. An autoimmune disease is a medical condition in which the immune system mistakenly attacks its own cells in the body, thinking that the body’s cells are foreign. It releases proteins (autoantibodies) that attack your body’s healthy cells, causing damage to joints or skin and resulting in many health issues.

Some types of autoimmune diseases include the following:

How Does CBD Oil Benefit People with Autoimmune Diseases?

Our body needs special compounds called cannabinoids, to help regulate bodily systems such as the immune or gastrointestinal system (to maintain a homeostasis) and help keep our bodies balanced and healthy. The use of these cannabinoids occurs through a process called the endocannabinoid system: a network consisting of cannabinoid receptors in the body that interact with the body’s own natural cannabinoids.

Our bodies are usually capable of producing these message-transmitting cannabinoids, but when we get sick or stressed, we stop producing them. This is where CBD oil comes in, as it contains natural cannabinoids called Phytocannabinoids (found in the hemp plant) to assist our bodies in maintaining a homeostasis.

If your body is suffering from an autoimmune disease, it can remain unbalanced and develop many other health issues due the continuous destruction of healthy cells. This results into a variety of symptoms that can cause pain and discomfort. CBD oil can help relieve the general symptoms that are caused by many auto-immune diseases and help restore this imbalance.

Once the CBD oil is consumed, the Phytocannabinoids bind to the same receptors in the endocannabinoid system within the body. There are two known types of cannabinoid receptors: CB1 and CB2. The CB1 receptors are found mostly in the central nervous system, and are known to correspond to functions involving memory, pain, sleep, appetite and mood. CB2 receptors on the other hand exist in the peripheral nervous system, and hence modulates other bodily functions such as the immune system (including the inflammatory response). Researchers currently believe that CBD could benefit for inflammatory conditions, due to its interaction with the CB2 receptors.

Along with the discovery of the Phytocannabinoids and its ability to bind to CB1 and CB2 receptors, scientists have discovered a list of additional health benefits. These include the following:

Our CBD products are domestically grown and cultivated under an approved program by the Kentucky Department of Agriculture. If you or a loved one is suffering from an auto-immune disease, contact us now!